If you don't alread know it yet, I am a huge fan of outdoorsy/survival shows. There is just something about being out in the wild and soaking up nature that intrigues me. One show on the Discovery Channel that I hav 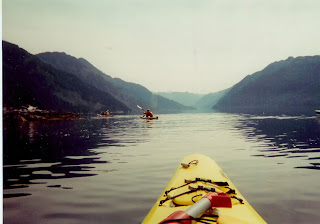 e grown very fond of is Man vs. Wild with Bear Grylls. This man and his crew have been all over the world and done the kinds of things that some people wouldn't even dream of, while other guys like me would only dream of doing...until now. 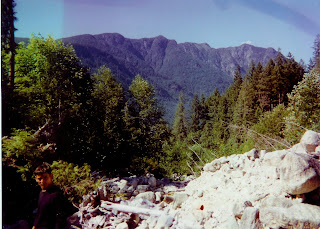 Recently, Bear has teamed up with Degree for men to select four adventure-minded guys to compete in wilderness challenges and be featured on the show in August. I hope to be one of those guys.
One of the criteria f 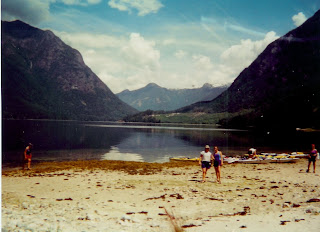 or applying is describing an extreme adventure that I've been on. Although I can't really say that I've been on an extreme adventure, there was one trip I could after graduating from high school that helped lay a foundation of outdoor adventure for me.
The summer before starting college, I went flew to Seattle, then by van and ferry to the wilderness of British Columbia. For one week, 10 of us kayaked through several Pacific inlets and experienced all that nature has to offer. I learned so much about how to enjoy our natural surrounding, while at the same time preserving it. I even learned how to dam up a creek and take the (only) bath of the week. It was 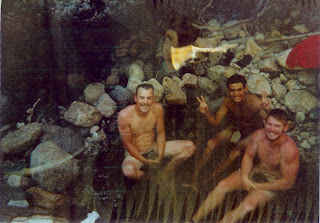 truly an experience that I will forever cherish. I just wish there was an opportunity to do something even more challenging. Despite going a few backpacking trips, the past several years have been spent serving in the military and having to enjoy the outdoors with an M4 in one hand and a radio in the other! It is my hope that being chosen for this contest will open the door to a wealth of adventure and everlasting memories.
Posted by JC at Sunday, April 18, 2010

Can we vote for you? Or is it all up to the producers. Have leslie put it on her FB if we can vote! cool! Hope you wiN!

okay, why didn't we hear about this yet? Don't tell me which one of the naked guys you are, I don't want to know and whatever happened with this? You crack me up.